A brief visit to Delfshaven allowed me to linger along port side, and have an almost idyllic drink. The “almost” moment came as a consequence of being disturbed by a group of summer-time wasps, attracted to the nearby High Teas that came with multi-layered trays of mini-cakes.

Later I learned how tea was at the centre of that extraordinarily wealthy era of the Netherlands – the Golden Age. Perhaps the wasps are a symbol of the current debate in the Netherlands about how a once popular version of history can with hindsight be seen in controversial terms.

Delfshaven is a borough of Rotterdam, Netherlands, on the right bank of river Nieuwe Maas and it was a separate municipality until 1886. The little marina survived the 1940 bombardment of Rotterdam by German aircraft. From here in 1620 the Pilgrim Fathers sailed for America and it is also the birthplace of an important Dutch maritime hero Piet Hein which we will discuss below. The town of Delfshaven emerged from the needs of another town Delft which, lacking a major river,  was forced in 1389 to build a harbour 10 km  due south. This allowed Delft receive seafaring vessels and avoid tolls being forced on it by Rotterdam. Delfshaven simply means Port of Delft. 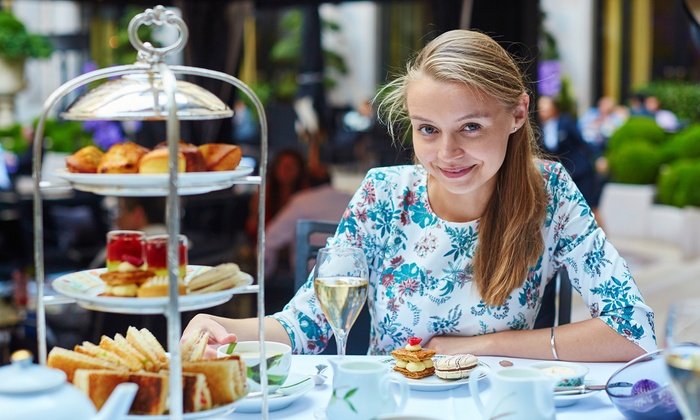 It is a gorgeous place to sit, next to the harbour, and have a tea. The Dutch were the first to bring tea into Europe. The Dutch East India Company had large wharves and warehouses in Delfshaven. However, the Dutch themselves preferred coffee which came from Java, and used tea then mostly for medicinal purposes. The Chinese had a near monopoly on tea exports until the mid 19th century, when plantations were founded in India and Ceylon. From 1719 until 1833 between 70% and 90% of all outgoing cargoes from Canton in China was tea. For the Dutch, roughly 70% of all purchases by the the Dutch East India Company from 1729 to 1793 were tea. However the British East India Company become more effective at dominating the market and also the Dutch tea had a reputation for being poor quality due to how it was stored in shipping – also probably a sign of a company which had been the biggest trading company in the world but took its position for granted and was unable to reform and adapt and was ultimately on the slide. 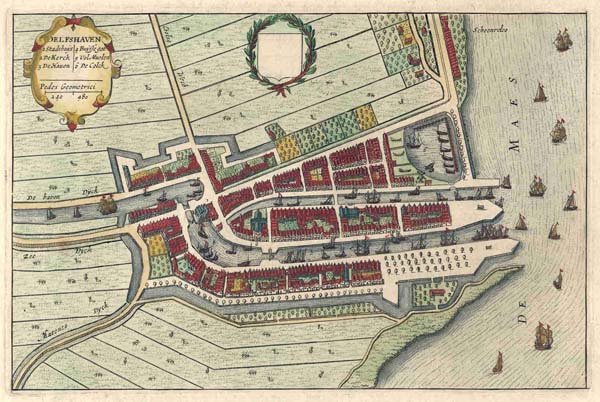 As part of a nation wide debate about how to evaluate the Gold Age of Dutch history, this has brought a focus on the statue of local hero Piet Hein. The statue, a national monument, is today in such a poor condition that it must be thoroughly restored or replaced in the short term by a copy.  Somewhat similar to what happened in Cannes, what do you do with a memorial that needs to be replaced or repaired.  And what was inspiring in the past might not be so inspiring today.

In the Netherlands a reappraisal of terms such as the Golden Age has been happening. The past is now linked with colonialism and slavery and the heroes of that age come into question. Amsterdam city council also voted this year to apologise for the role played by the city in slavery. Researchers have calculated that in the reference year 1770, 5.2 percent of the Dutch GDP was based on transatlantic slave trade. As an economic driver it was of the same level as with the Port of Rotterdam today which provides 6.2 percent of the current Dutch GDP.

In 2013 a Slavery Memorial called Clave by Alex da Silva was unveiled in Rotterdam. This is where Piet Hein comes in. He was one of the pioneers of Dutch maritime trade power.  The Nida party has urged the Rotterdam council that there should be a debate about sea heroes with a dubious reputation, and that thought should be given to the statue of Piet Hein. However, there is a risk that current tastes might interfere with the truth about what happened in the past. When the Dutch slave trade began in the 1630s due to a demand for labourers on sugar plantations in Brazil, Hein was already dead. Not only that, he had also criticised the treatment of slaves and of aboriginal people in North America and also set free slaves discovered on a hijacked Portuguese ship.  Even though he was ruthless as a pirate, these views were quite progressive for this period. The Guardian reported that in 2018 the Rotterdam city council agreed to place an explanatory plaque by a statue of Piet Hein. Writer Simon Rozendaal writes that an acquaintance of his once said: “they must tie a rope around the neck of that pirate in Delfshaven.”

As I have written before memorials are for the travellers of today and no longer for those of yesterday. But the memorials erected in the past are a great opportunity to discuss where we have come from and where we are going. The adventuring Piet Hein might yet survive to enjoy many more high teas and cake.

The Milky Way Day – Orbit of the Sun