Carrowkeel is located near Lough Arrow, overlooking the village of Castlebaldwin. While famed for its neolithic sites, it is also a great example of glaciation.

If you come by car, and do not feel like walking, keep driving on the grass centred road until you can go no further. There are 14 neolithic cairns, dating from around 3,500 BC to be found in the townland of Carrowkeel, and several more on the hill-tops to the west.

he cairns are in good condition and thankfully visitors obey the rules about not climbing on them. This whole area of Sligo was an extremely important region in this neolithic period and the river Uinshin river connects Carrowmore with Carrowkeel (flowing from Lough Arrow to Ballisodare Bay) 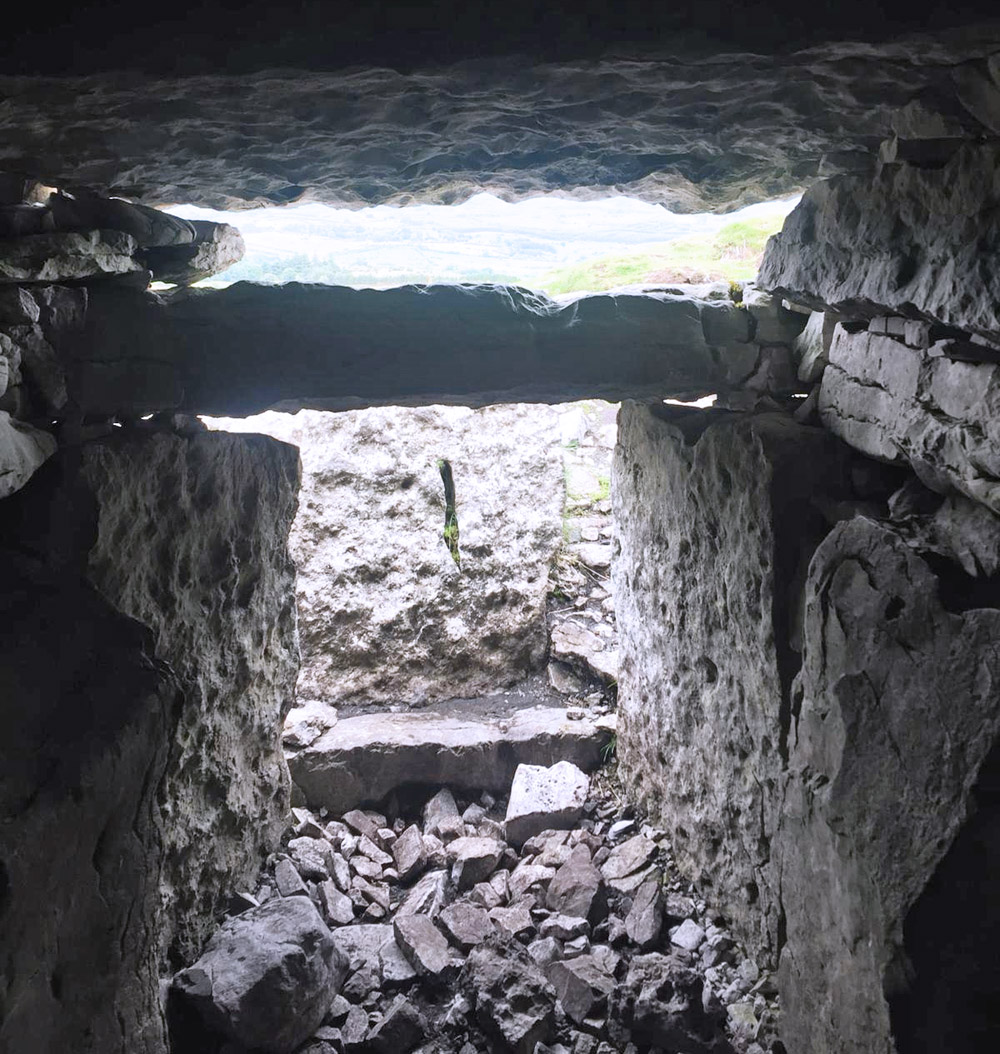 I visited on a drizzling September day, and I did not realise that the Bricklieve Mountains and its landscape are sculpted by the retreating glaciers of the last ice age as they receded to the north-west towards Knocknarea and the sea. The mountains are a series of parallel limestone ridges running from north-west to south-east.
The name Bricklieve translates as Speckled Mountain and this speckled can mean many things in old Irish including a magical portal, and there are two other powerful Speckled sites in Sligo: Tobernaveen near Carrowmore and the Cursing Stones on Inishmurray. Millions of years ago all of this land was ocean floor and tiny fossil creatures and corals can be seen in the rocks.

The photo above is of Carrowkeel Cairn G which has a roofbox situated above the entrance. The only other known roofbox is the one at Newgrange, but unlike Newgrange this one is aligned to the midsummer sunset.

Carrowkeel was excavated in a very rough manner by R. Macalister in 1911 – he may have used dynamite.

You can read a lot more about Carrowkeel from the brilliant Voices from the Down website. Here is listed the four most important sites in Ireland, of which Carowkeel is one

The Monster across the Shore – The Tale of two Glencar Waterfalls