At Kilclooney near Ardara in Donegal there are three portal tombs and the remains of a court tomb. The famous Dolmen has a capstone 6 metres long. Close to this dolmen is a much smaller collapsed portal tomb.

A single cairn may have completely covered the two tombs. Fragments of Neolithic pottery were found on the site. 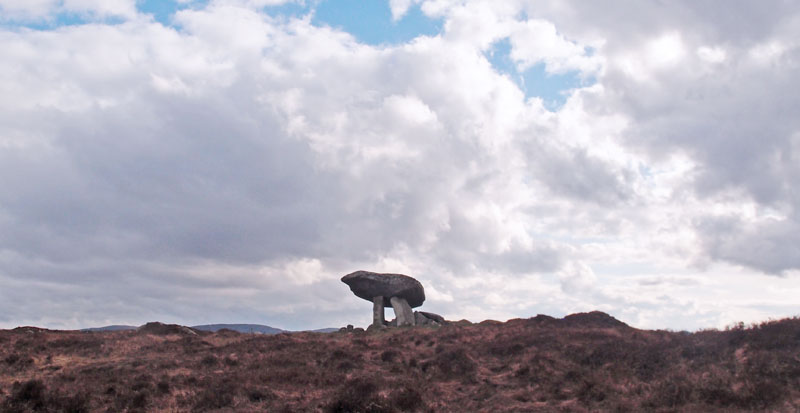 It dates from c.3500 BC. It is one of the largest in Europe and could weigh over 100 tonnes. There is also a smaller back stone, which may have been used to adjust the angle of the capstone when it was being installed.

As always the superb Voices from the Dawn site has some useful additional information.  There may be a simple though disappointing explanation for the collapse of the second Dolmen. The landowner, interviewed in 1979, said that the top of the smaller dolmen was removed around the turn of the century (1900) during a melee involving “a group of tinkers who were camping on the site.”

One of Ireland’s most beautiful and oldest portal tombs