William Parsons put Offaly at the centre of global astronomy in 1845. He built the largest telescope in the world until the construction of the 100-inch (2.5 m) Hooker Telescope in California in 1917.

As the third Earl of Rosse, William Parsons (1800 to 1867) not only created a world class telescope, but he also developed methods of building mirrors for telescopes, including the construction of machines to build such mirrors. 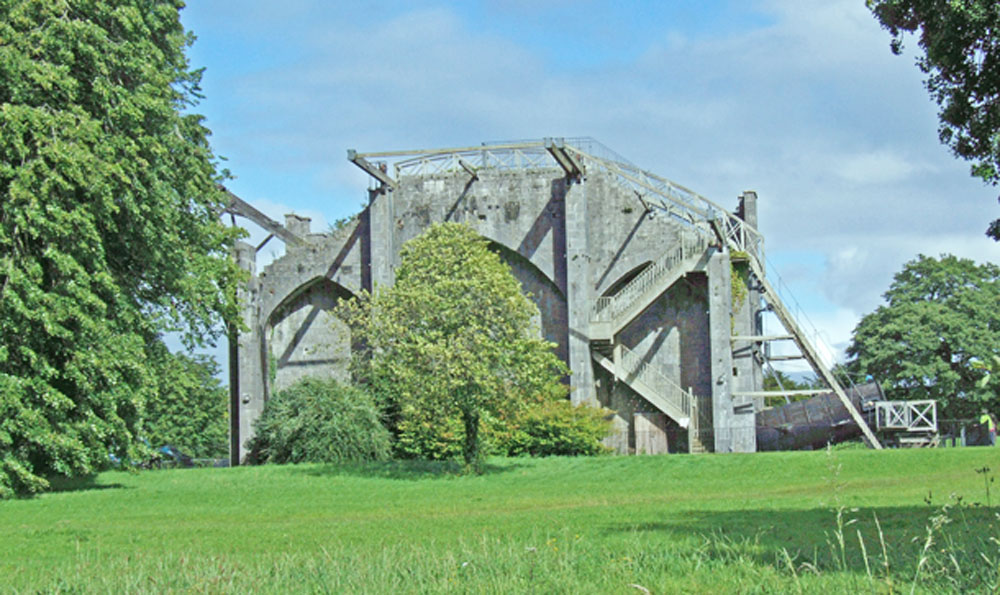 Parsons wanted a telescope which would allow him explore the nebulae in the catalogues of Charles Messier and John Herschel. The best known spiral nebula observed by Parsons was Messier 51.  And the drawing of this nebula also called the Whirlpool Galaxy was based on observations using the telescope. 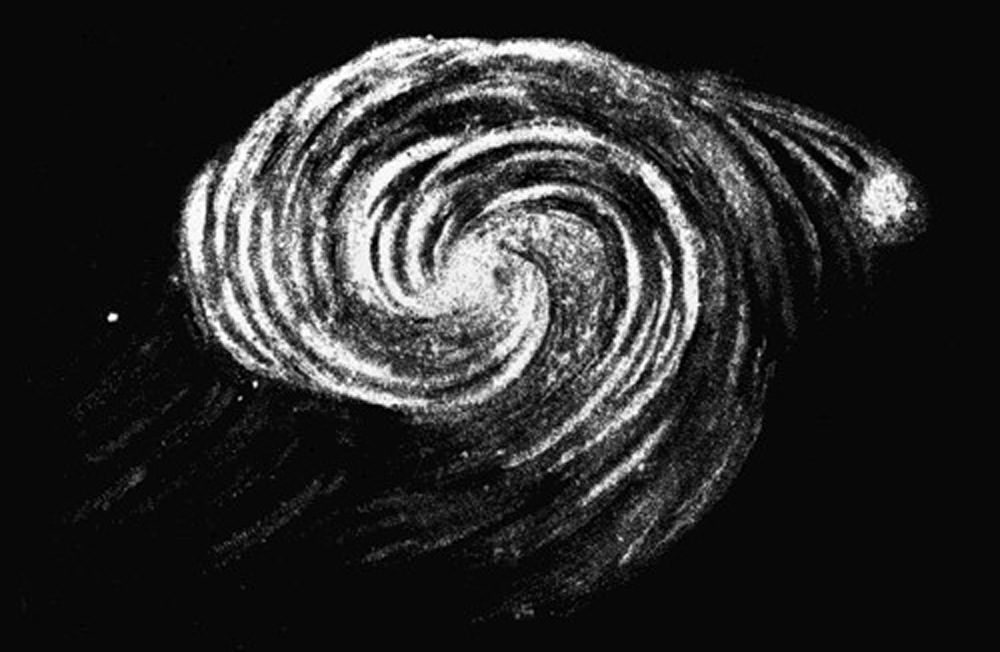 The next Earl (Laurence Parsons) continued to operate the six-foot telescope. From 1874 to 1878, J. L. E. Dreyer worked with the telescope and began the compilation of his New General Catalogue of Nebulae and Clusters of Stars.

Inspired by Patrick Moore, an interest in this site developed in the 1970s, until the site was reconstructed in 1997. In 1999 a new mirror was installed. In 2017, the LOFAR radio-telescope station IE613 was constructed on the same Birr site. Read about this project here.

A very important personality who drove the development of Dublin was Bindon Blood Stoney (1828 – 1909) whose passion and intellect were the driving force for the creation of Alexandria Basin in Dublin and the invention of several new methods of concrete construction.  He was appointed Assistant Engineer to George Halpin, at the Ballast Board in 1856, and he became Chief Engineer in 1868 of the newly created Dublin Port and Docks Board. It is interesting to note that William Parsons invented his own tools to accomplish his tasks, and this mentality of inventiveness might have influenced the future development of Dublin harbour.

According to the always brilliant Turtle Bunbury, Bindon  came from Birr and his brother was Dr George Johnstone Stoney (1826 – 1911).  George was the first mathematical assistant to Lord Rosse, spending 2 ½ years at the Observatory in Birr. As well as observing distant galaxies, George was also tutor to Lord Rosse’s children. When he left Birr in 1852, his brother Bindon succeeded him in the post. George spent most of his career as an Administrator in Queens University in Galway – today NUI Galway.  Obviously a genius, he turned down offers to head up the Meteorological Office in London and also refused to compete for a vacant astronomical professorship at Oxford – mostly because he was dedicated to his job in Galway.

Though George was a busy man, this didn’t stop him from: