Glencar Waterfall is located west of Manorhamilton, is 15 metres high, and is situated at Glencar Lough.  A great example of a Poet transforming nature, so that even a not-so-imposing waterfall can have some glory.  The Waterfall served as an inspiration to the Nobel Laureate William Butler Yeats and features in his poem ‘The Stolen Child’

Where the wandering water gushes
From the hills above Glen-Car,
In pools among the rushes
That scarce could bathe a star 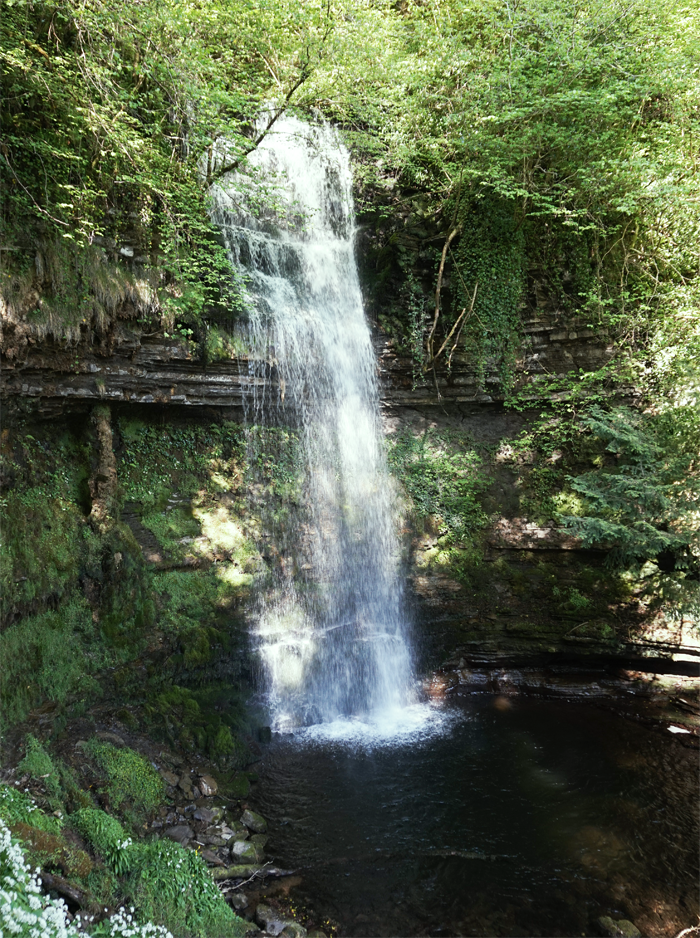 How can anyone not be move by the underdog story – when one small Waterfall captured our hearts.  Glencar Lough is filled up by three primary sources:

The lake then drains west into the Drumcliff River, which in turn flows into Sligo Bay. Drumcliff is where Yeats is buried.

When I visited with my father and son in the summer of 2018, I was unaware of what was lurking beyond the lake. Yes indeed, a devil. And not only something sinister but also very big, and something certain people on the East coast do not want you to know about…..

I had always heard that the highest waterfall in Ireland was the one in Powerscourt in County Wicklow. But I was wrong. Incredibly there is a waterfall even higher; yet I had never even heard about it. Glencar is 15 metres high and Powerscourt is 121 metres high.  But the Devil’s Chimney is 150 metres high, ten times the height of Glencar. Also called Sruth in Aghaidh an Aird (stream against the height), it remains a recluse. There are even signs close to the great Chimney to say

This is not Glencar Waterfall

Here is a photo (from TripAdvisor) of the larger Waterfall.

The Waterfall is impacted by the behaviour f the climate and sometimes has no water – hence Powerscourt angling for a tricky way to have the title!

Here is a recommended trail which includes the Chimney: https://www.irishtrails.ie/Trail/Sruth-in-Aghaidh-An-Aird—The-Devils-Chimney/868/

During our visit to the Waterfall we met a group of people who were all experts on seaweed and were attending a conference in Ireland.  This was quite an unlikely group to be in Leitrim with it’s 4km of coastline!

Also read how Glencar ranks with other waterfalls worldwide