LOFAR is an interconnected series of radio telescopes that form the world’s largest radio telescope. Though most of the sites are based in the Netherlands, many are elsewhere including the most westerly antenna in the park at Birr Castle.

This I LOFAR telescope (I for Ireland) is built in the same park where the Third Earl of Rosse built the largest astronomical telescope in the world in 1845.  The LOW refers to the frequency range of the telescope between 10 and 240 MHz: the low frequency part of the radio spectrum. 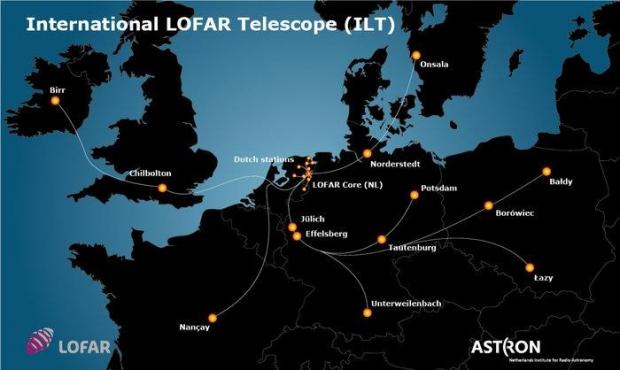 The LOFAR network is distributed around Europe with 38 antenna stations in the Netherlands, six in Germany, three in Poland, and single antennas in France, Sweden, and England. In total this is makes 51 antenna stations

This networked radio telescope creates an extent of about 2,000 kilometres which sends observations to a large supercomputer in Groningen, Netherlands. This distributed method allows us to get sharp and very detailed images of the distant universe. In Birr 200 single panels, resembling a photovoltaic system, work like radio mirrors that direct the radio waves down to about 1,500 dipole antennas in order to capture the radio waves.

The Milky Way Day – Orbit of the Sun

The road needs to be less travelled